Dr Matthew Hutchinson (YNG 1997) speaks about how a scholarship changed the trajectory of his life.

As we celebrate the impact of our community’s generosity over the past 175 years, Dr Matthew Hutchinson (YNG 1997) shares his story of how a scholarship at St Peter’s College fundamentally changed the trajectory of his life.

Matthew spent his early childhood living in the remote highlands of Papua New Guinea, where his father was a light aircraft pilot and his mother a nurse for a missionary organisation. He was home-schooled by his parents in country South Australia, before leaving home at age 15 to join the St Peter’s College community after being awarded a Headmaster’s Bursary. From the moment he walked through the St Peter’s College gates, Matthew felt a deep sense of gratitude to the School for providing him with the opportunity to gain a SPSC education.

Matthew firmly believes that he wouldn’t be where he is today were it not for the generosity of the School. He wasn’t from a privileged background, nor was he as he puts it “elite at anything, yet St Peter’s College took him in and showed him incredible generosity”.

After graduating from SPSC in 1997, Matthew studied medicine at The University of Adelaide followed by specialist training in orthopaedic surgery. His work has taken him around the world having lived and worked in India, Papua New Guinea, Canada and the USA. In Adelaide, his patients have included some of the state’s best known professional athletes in the AFL, AFLW and NBL.

Matthew has a long-held philosophy of the importance of giving back to community. He has worked with numerous charitable organisations and in recognition of his work, Matthew was named the Young Australian of the Year for South Australia in both 2004 and 2005, the only person to receive this award twice.

Life has now come full circle for Matthew, with his four young boys continuing in his footsteps at St Peter’s College. Matthew and his wife Annie are determined that their boys understand the immense privilege of attending SPSC.

Dr Matthew Hutchinson is just one of many past scholarship recipients who have gone on to achieve great success, while positively and actively contributing to the wider community. Matthews speaks about how life changing a scholarship can be in our 175 Years of Giving video.

As we countdown to the end of our 175 Years of Giving appeal on Thursday 17 November, we invite you to make a gift, within your means, to leave your mark on the next generation and help prepare our students for the opportunities of tomorrow. Every donation, no matter how big or small, will make a difference.

Thank you to everyone who has supported this campaign so far. 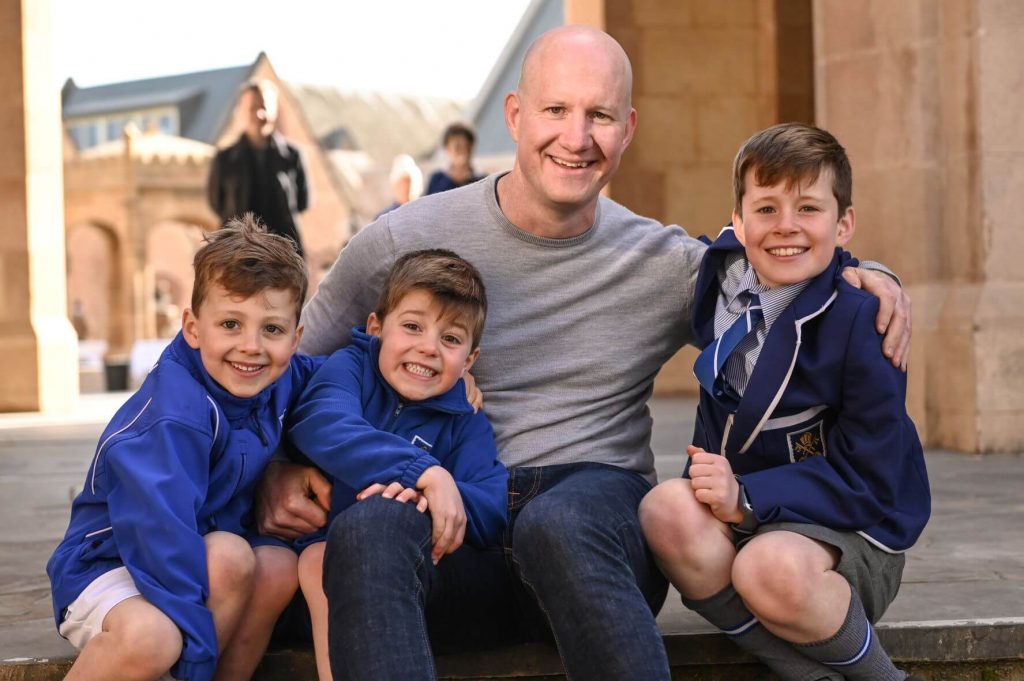 Thanks to the incredible generosity of the St Peter’s College community, $585,000 was raised through our 175 Ye...