Home › What’s Happening › Chapel › From the Chapel: Betrayal and Hope
What's Happening
Back

From the Chapel: Betrayal and Hope 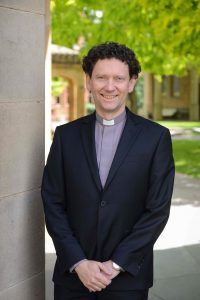 In Scottish folk law the most terrible betrayal ever to have happened was when the Campbell clan attacked and slaughtered about 40 members of the McDonald clan at Glencoe in 1692. But what was so awful, so despicable, was not the fact that the battle happened – after all, there have been far worse battles before and since, even just in Scotland – but rather that for the previous two weeks the two clans had met together peacefully, even sharing a meal while the Campbell clan enjoyed the hospitality of the MacDonald clan. The ultimate betrayal was that the Campbells had abused the laws of hospitality, which says that if you enjoy a meal with someone, if you share a meal together and enjoy their hospitality generally, you have certain obligations towards them. If you enjoy fellowship together there are certain obligations that come with that: the most basic obligation is not to betray them, but the Campbells failed even that most basic of requirements.

The story of betrayal is not a new one. You only have to look back to the Last Supper and read about another story of betrayal (eg. Matthew 26: 20–30). What makes Judas Iscariot’s betrayal of Jesus so terrible is not the fact that he betrayed him, nor that he profited from the betrayal (thirty pieces of silver, we are told) but that he betrayed his friend, someone with whom he had just shared a meal: the Passover, the most sacred meal for the Jewish people and, as it turns out, the Last Supper Jesus would share with his friends. Having shared that meal with Jesus, Judas goes out and betrays him. They had shared more than a meal, of course – they had spent three years together, travelling, ministering to the sick. During that whole time, Judas, like all the disciples, supported Jesus as he went about his work.

What is extraordinary about all this though, is that Jesus predicts his betrayal. We are told that at the meal, he says, “Truly I tell you, one of you will betray me.” Which makes you ask the obvious question, “If Jesus knew that he was going to be betrayed, why didn’t he stop Judas from doing it? Why didn’t he get Peter or Andrew or one of the others to stop him, tie him up, kill him if necessary?”

The answer is that that’s not how Jesus did things. Jesus did not resist violence with more violence. He could easily have taken out Judas or had one of the others do so. But Jesus constantly refused to fight violence with violence. He was someone who refused to dignify violence and threats by responding in the same way. I wonder, if you have thought about that: if you respond to violence in the same way, you are actually giving dignity to that way of behaving. If you react to people in the same bad way that they have treated you, you are actually giving dignity to their behaviour. Jesus refused to do that. He refused to give violence a place in his world. In the end, on the cross, it is his very action of refusing to respond to violence with violence, which then breaks the cycle of violence.

Evil is defeated by Jesus on the cross, precisely because he does not resist it with force. Jesus is a model of an alternative way of living: a way of non-violence, a way of peaceful resistance to oppression. Gandhi did the same thing and so can we. If we accept Jesus into our lives, the result is that we become peaceful, we become non-violent. We can continue Jesus’ work, by resisting evil through the gift of peace. There is no more powerful force in the world than the light of Christ, working for peace.

Of course, the Christian story of Jesus doesn’t end with the cross. The story doesn’t end with Jesus’ death. The disciples had a powerful experience of him! After his death, the disciples had a really powerful experience of his Spirit: somehow, against the odds, they experienced his life and energy, giving them life and energy in return. The word they used to try and explain the unexplainable was an ancient Jewish word, translated into English as “resurrection”, but, really, all they could say with any confidence, was that his Spirit was with them.

In the early Church, the language they used to try and explain this was that the Spirit of the risen Jesus was still with them. The only way I know to make sense of this is to talk about the Energy of God. God’s eternal power and energy gave life to Jesus. The Eastern Orthodox are very strong on the notion that this energy comes directly from God. Through the energy of God, Jesus’ Spirit is truly with us. This same energy will give life to our spirits and free us to be at one with the Universe after our deaths. We will truly be set free.