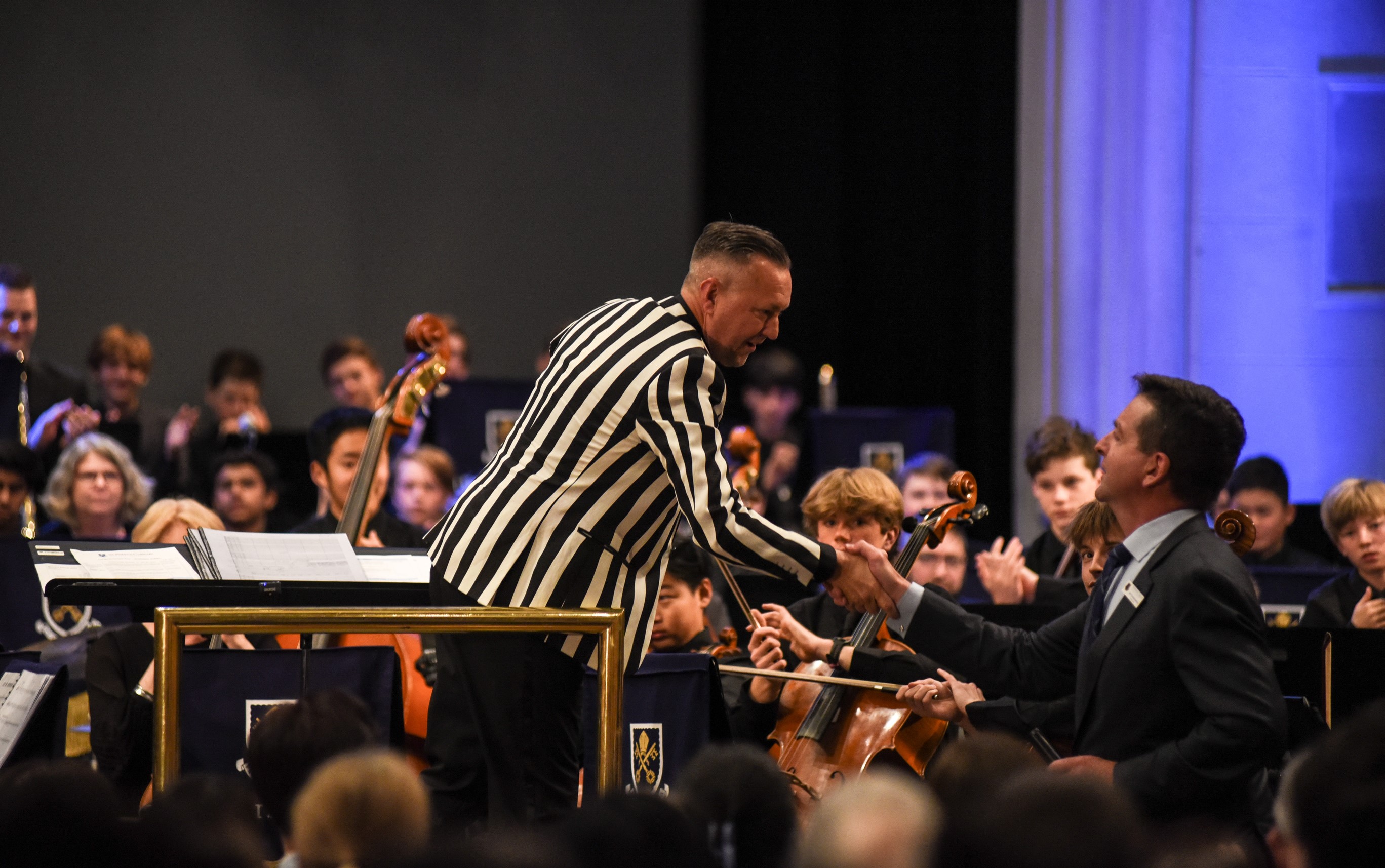 On Wednesday 11 November the whole school gathered on the Memorial Hall Lawns for our Remembrance Day Service. This year’s service held extra significance in that we also acknowledged the 100 Year Anniversary of the laying of the Memorial Hall Foundation Stone. As we took the time to remember those who served and paid the ultimate sacrifice for our nation, I recounted former Governor of South Australia Brigadier The Hon. Sir Alexander Hore-Ruthven VC who, when officially opening Memorial Hall, called for it to “serve as an inspiration to those who come to the College in the future to emulate that spirit of service. Let it inspire them to place country before self, to try to leave the world a little better than they found it, and to uphold and enhance the splendid traditions of this School. Then they should be able to say with truth that those men did not go forth in vain.”

It is such spirit of service and being part of something far greater than oneself that was celebrated at last night’s Celebration of Giving event. The annual event, hosted by our Foundation, provided a wonderful opportunity to celebrate philanthropy and volunteering. It was most pleasing to have such a large number attend the event and I thank our passionate and dedicated community for the generous contributions you have made in 2021.

This service extends to our School’s contribution and influence on education in South Australia. As an outward facing institution, we are proud of the level of innovation and service we provide to the state and nation through initiatives such as the recently completed SACE Cyber Studies pilot. In evidence that our social licence is growing and getting stronger, over the past two years SPSC has independently designed and delivered a Cyber Studies curriculum pilot to over 60 learners from seven schools across the independent, state and catholic education sectors. The two-term pilot concluded last week with an inspiring Women in Cyber workshop in which participants heard from leading female industry professionals who shared their career paths and experiences working in a typically male-dominated field.

We have been treated to two exceptional musical performances over the past week. Friday night’s ‘Let me Entertain You’ concert was a most magnificent musical performance. To see the incredible talents of our Senior School musicians on show as part of an impressive 200-piece Orchestra and Choir was just superb. Covering everything from legendary male pop singers, to Rock Legends, discothèque and iconic Aussie Artists it was terrific to see the pure joy with which our musicians performed as they embraced genres well beyond their usual habitat.

Congratulations to our Year 4 students on their outstanding end of year concert. A key focus of our Year 4 Band Program is to nurture a lifelong love and enjoyment of music in our students and this concert was certainly a wonderful celebration of our young musicians’ learning. Thank you to our Junior School and Senior School Music staff on these outstanding performances. A special mention of Mr Philip Walsh who, at the end of the year, will return to Victoria. Philip, your contribution to SPSC has been exceptional and the rousing ovation you received on Friday night is testament to your standing in our community.

Additional showcase Arts events have included the performance of our talented Years 7 to 9 students in The Boy at the Edge of Everything by local playwright, Finegan Kruckemeyer and the Senior School Art, Design and Technology Exhibition. It was wonderful to celebrate our students’ creativity and involvement in Drama and the Visual Arts across the past year.

In our final Muster of the year we acknowledged a number of wonderful achievements and excellence in pursuits. I know you will join me in congratulating the following students:

I look forward to celebrating and reflecting on the achievements of our students at events ranging from the ELC Christmas Concert to the Years 7 to 11 Speech Day over the final two weeks of the academic year. I hope you can join me for these occasions as we celebrate all that has been accomplished in the past 12 months.

2021 has been a magnificent year and it has been wonderful to celebrate our aspiration to be an exceptional community...

The first two weeks of Term 4 have been an emotional rollercoaster for many. Our Year 3 students embarked on their fi...

In what has been a term packed with learning and activity I am proud of the way our students have embraced the many a...