From the Headmaster: Tim Browning 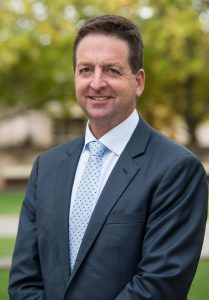 As the Year 10s embarked on their Pushing the Boundaries 21-day Journey it was a timely opportunity to remind all Senior School students that their time at St Peter’s College should present an opportunity of self-discovery. In doing so I presented the views of 20th century educator Kurt Hahn and my former teacher Mr Anderson, or as we referred to him as a student body, ‘Deckie’. Both were impacted heavily by war experiences in the 20th century which altered their view upon society. As it did for so many.

Born in 1886, Kurt Hahn believed that education constrained youth instead of enabling youth to discover their powers. He often referred to the six declines facing the youth of his time (keep in mind he made these observations mid-20th century before the internet, mobile phones or video games were invented):

Both Kurt Hahn and ‘Deckie’ believed that schools needed to expose their students to the moral equivalent of war because what they experienced at war was the galvanising of youth by the common cause of a nation, and the experience of challenge that saw youth perform feats well beyond their years.

Hahn believed that all children have hidden powers that need to be discovered. And this is what I challenged all students, but particularly our Year 10s, to go and discover. Our students should experience triumph and defeat. They should experience periods of silence. They should be drawn together with their peers in a common cause. And they should be released from the entrapment of privilege; something that’s quite a challenge in this postcode. As we farewelled all Year 10s last Sunday morning, it was evident that the journey on which they were embarking is an obvious signpost along their path to adulthood. I have no doubt this signpost will be a memorable and liberating one.

Over the past two weeks we have been treated to incredibly impressive musical performances at our Senior School Muster, Nick Bowes (Year 11) a violin solo and at our Junior School Assembly Ryan Weinert (Year 6) a piano solo and the Palm House String Ensemble. All three were magnificent performances and I found myself needing to remind the audience to not take for granted the greatness exhibited not only by these students’ remarkable performances, but across our School, across a range of activities.

Another example of greatness exhibited across our School can be seen in the extensive list of mathematical accomplishments of Nicholas Koh (Year 11); participation in the French-Australian Regional Informatics Olympiad, the Asia-Pacific Mathematical Olympiad and the International Mathematical Olympiad Selection Exam to name just a few. Nick presented a sample question from his Australian Mathematical Olympiad in this week’s Maths@Saints Muster and went on to demonstrate how to answer the question. He did so with the most subtle flex we have ever experienced (or are ever likely to experience) in Muster. Nick took what you know, or should know, from Year 7 algebra and proceeded to show the audience what you are supposed to be able to do with this knowledge. The demonstration displayed Nick’s incredible depth of thinking and was a wonderful promotion for the Maths@Saints program that is run at lunchtimes on Tuesdays and Thursdays.

More impressive flexing and an incredible display of talent, commitment and passion was on show across the four nights of the Grease musical. In what was both an entertaining and joyful collaboration with Walford, the audience witnessed a group of young men and women truly embracing an opportunity. Congratulations to Miss Georgia Brass, the cast and crew and all staff across academic, drama and operational departments who produced a performance of such an exceptionally high standard.

Finally I congratulate the following group of Year 5 students who, inspired by their class novel, ‘Anzac Ted’, came up with an idea to make and sell Anzac biscuits and raise money for Legacy. Congratulations to Max Harms, Jonathan Angelos, Sujay Babu, George Bass, Fergus Browne, Max Martin and Ethan Williamson on what was a wonderful demonstration of our value of service.