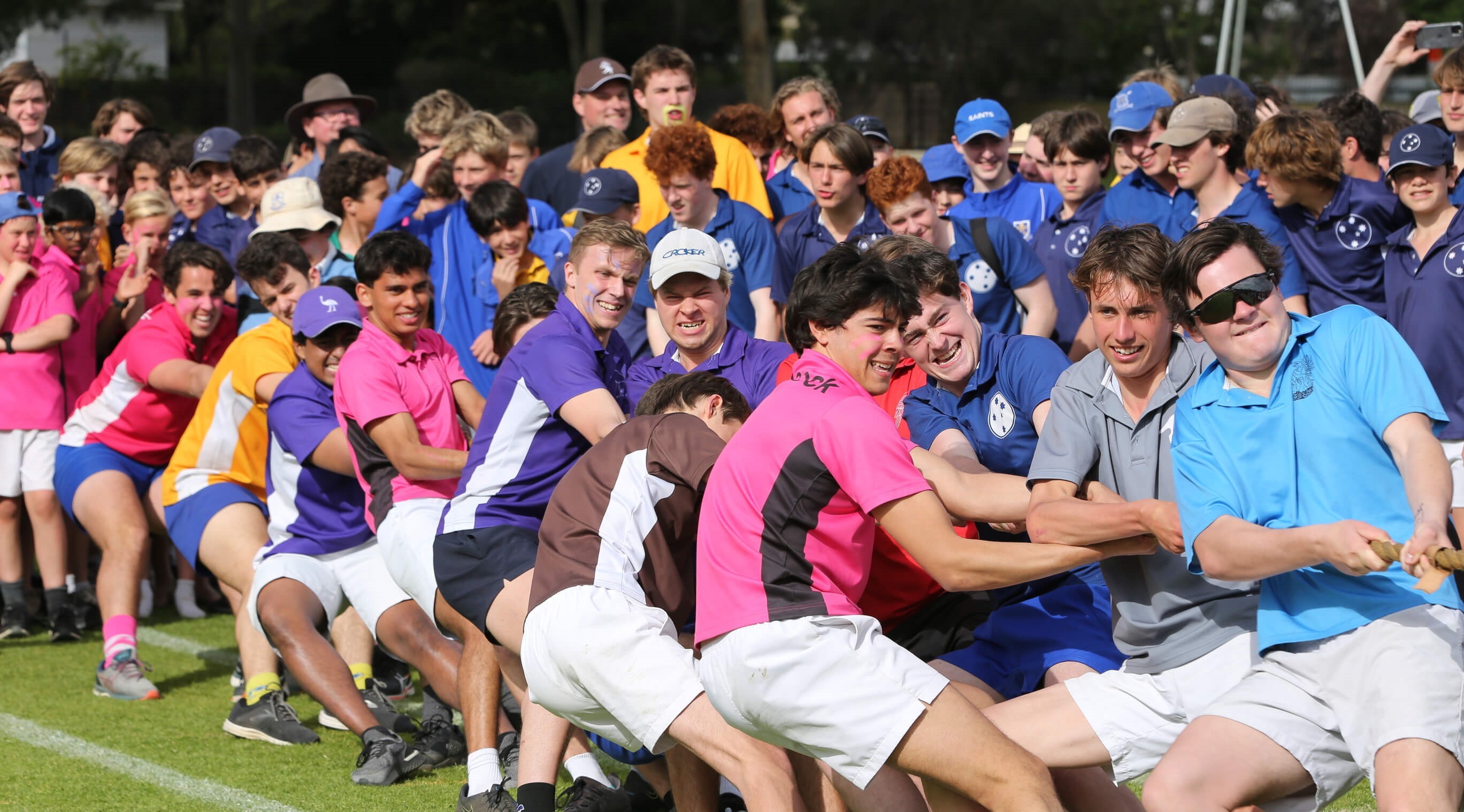 From the School Captain

On 20 July, Week 1 of Term 3, Premier Steven Marshall announced that South Australia would enter a 7-day snap lockdown. Who would have thought that only a few months later, I would be helping set up Memorial Hall to host Years 11 and 12 students for the School’s annual Blue and White formal?

Over the last week I have had time to reflect upon how lucky we are to be in South Australia compared to our neighbouring states of Victoria and New South Wales. This term our School community has been able to take part in all the normal calendared events and on behalf of all the students I’d like to thank all the staff for their hard work and commitment to keeping everything as normal as possible not only this term, but this year.

Term 3 has been one of the busiest terms at St Peter’s College this year. In Week 3 all ten Houses came together to donate an estimated 6000 cans of food to the Magdalen Centre as part of the annual House competition ‘Pyramid of Cans’. This year’s theme ‘Countries’ allowed for a very broad range of designs, and MacDermott House was crowned winner, constructing Australia’s Coat of Arms.

Following directly after Pyramid of Cans, Blue Group Captains Alex Karytinos and Arthur Drayton hosted the School’s Blue Week. This year’s motto ‘Embracing your Identity’ has focused on normalising discussions about mental health issues as well as providing tools for every student to flourish all while raising funds for Beyond Blue. This week saw students enjoy a muffin with their Mentor to help spark conversation, Student v Staff competitions, an inter House Battle of the Bands, blue themed casual clothes day, fundraiser BBQ, and a blue sports round. The Senior School was also lucky enough to have guest speaker Brendan Cullen address the school via a pre-recorded video. Brendan is a sheep and cattle station manager in far west NSW and is a rural mental health advocate. Brendan currently works closely with Lifeline and the RFDS in their program ‘We’ve got your back’, which is a face-to-face peer mental health and wellbeing initiative for rural people from the land.

The annual winter intercollegiate sports fixtures hosted at Prince Alfred College saw both communities come together to celebrate the history of our two schools. This year we saw the birth of the Squash fixture and the two 1st XVIII football teams run out into battle for the 150th occasion. Again, congratulations to our Debating and Table Tennis teams for winning their respective fixtures. Whilst spectating numbers were limited, I was extremely proud of the way we supported our teams through both the wins and the losses throughout the whole week. I am looking forward to coming back to SPSC next year to support the blues in our 175th year!

Last Friday the House Athletics season finished with the 150th Athletics Carnival. Over the course of the trials and carnival there was a combined 10,000+ efforts by the students representing great pride and commitment to their Houses. Congratulations to Da Costa House for winning the Junior House Cup, Senior House Cup and the Champion Athletic House trophy. Our Athletics Team are to be congratulated on their win in yesterday’s Achilles Cup and in doing so securing the Intercol win. Once again, a big thank you to all staff who made these days possible.

Last week I was privileged to attend the Rex J Lipman Lecture which saw the 2021 Australian of The Year Ms Grace Tame share her story of sexual assault. I, like many others in the room was blown away by her strength and courage to speak out. I would like to thank the late Dr Rex J Lipman AO ED OLH ONM and family for allowing our community access to the world’s best thinkers and leaders like Ms Tame.

I wish everyone the best holiday. Rest up and get ready to bring it home in Term 4. Year 12s, the next four weeks are going to go very quickly so soak it up and enjoy the celebrations that are to come!

From the School Captain

As one door closes, another door opens for Rushan and me. Our journey here at St Peter’s College is finally over and ...

Congratulations to the following students on their outstanding achievements at the National Robocup Championships: Ed...