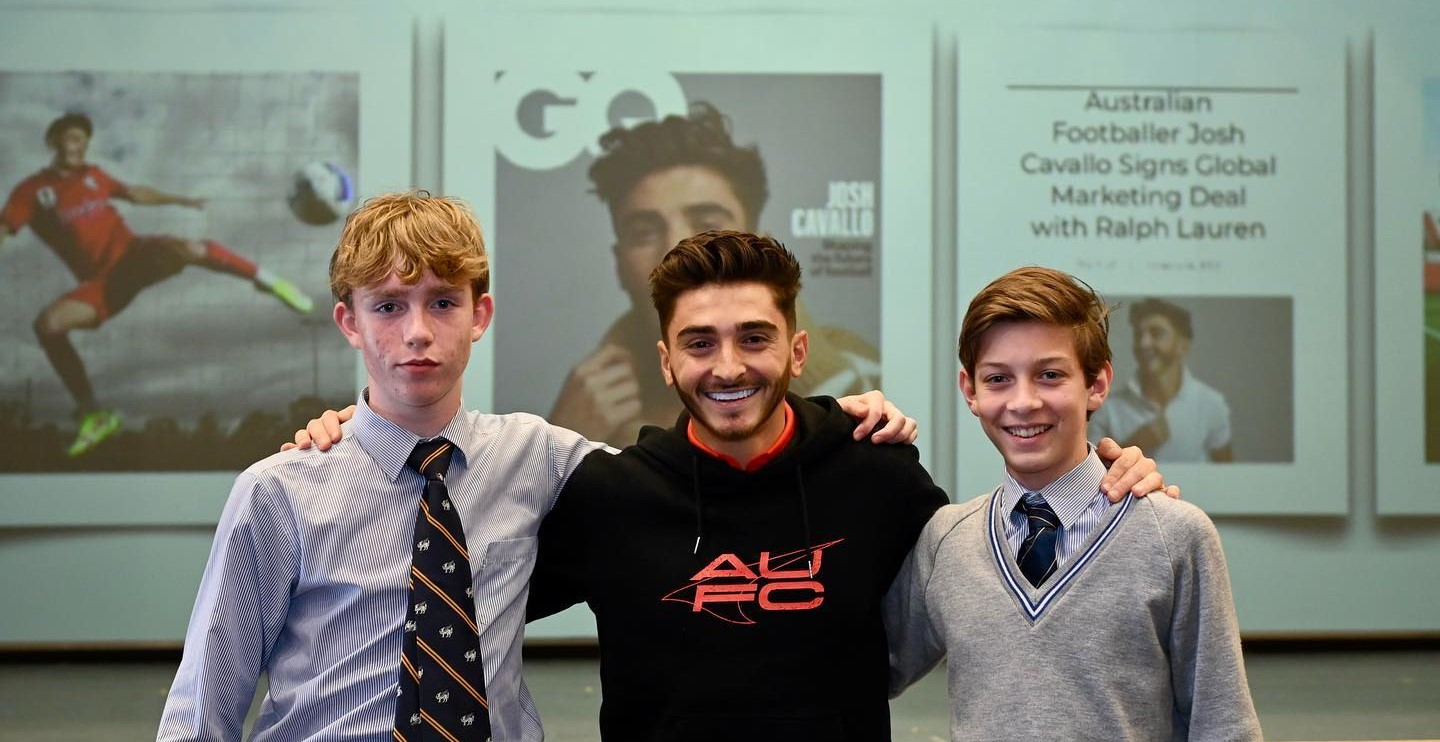 On Monday 21 November, we were delighted to welcome Adelaide United Soccer player, Josh Cavallo, as our guest speaker for the Year 9 talk on Sexual Identity and Sexual Diversity.

The following official press release explains why it was such a significant coup for the School, to have Josh speak to our boys on this important topic and how it affects the wellbeing of individuals and society as a whole.

On October 27, 2021, Josh Cavallo made sports history and international headlines by coming out as gay, making him the first in the Australian A-League and the only openly gay male professional footballer currently playing top-flight football in the world. The announcement caused shockwaves across the professional sports and footballing world, generating inspiring messages from the globes’ top players, clubs and leading sports organizations, including FIFA, the International Olympic Committee, the Premiere League and legendary players and managers such as Barcelona’s Gerard Piqué, Lionel Messi, Marcus Rashford, Antoine Griezmann and Liverpool F.C.’s Jurgen Klopp. Cavallo’s release of his very personal coming out story and heartfelt video was praised by millions for his courage and bravery, making him the #1 trending sports story in the world with over 20+ million views.

Josh spoke openly and candidly to the boys about his life story and, in particular, about his decision to announce his sexuality to his teammates, his sport and ultimately, to the world. He then fielded questions from the boys about both his Soccer career and his sexuality, and the excellent session concluded with a photo session for the Year 9 Soccer boys.

Our thanks go out to Adelaide United Soccer club, and to Josh Cavallo, specifically, for agreeing to this presentation which I believe to be one of our most significant and potentially impactful year level talks thus far.

Mr Sean Inman
Head of Soccer and Head of Wellbeing 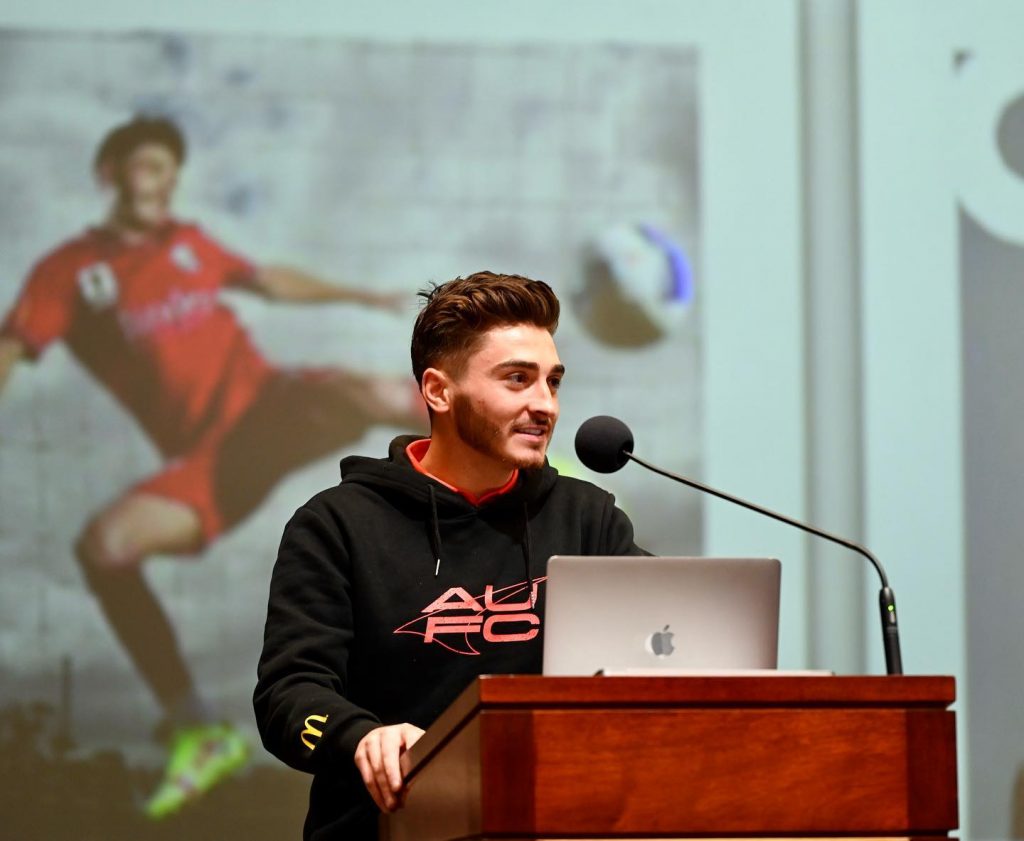 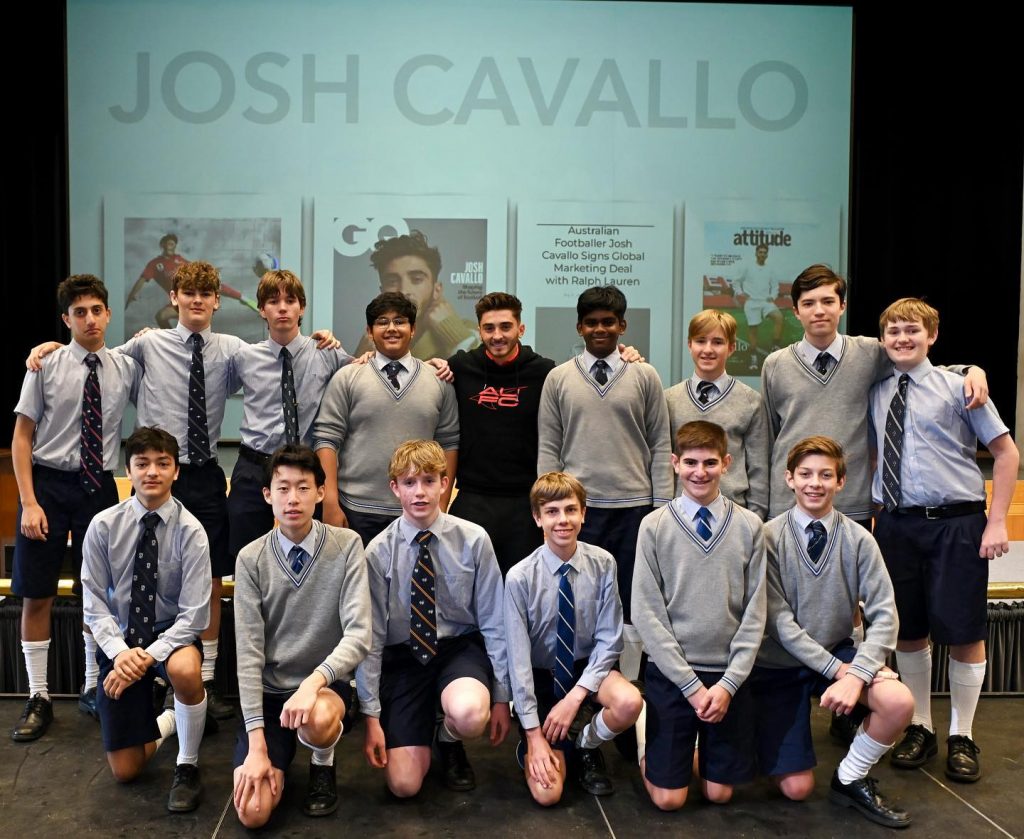 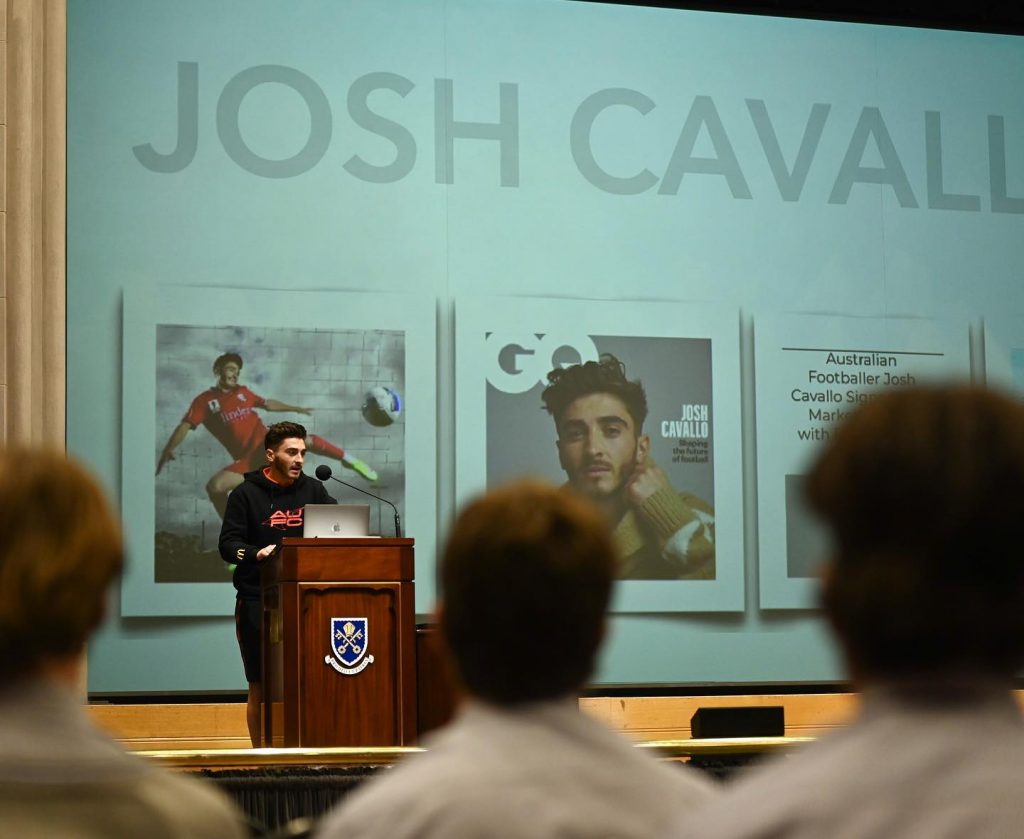 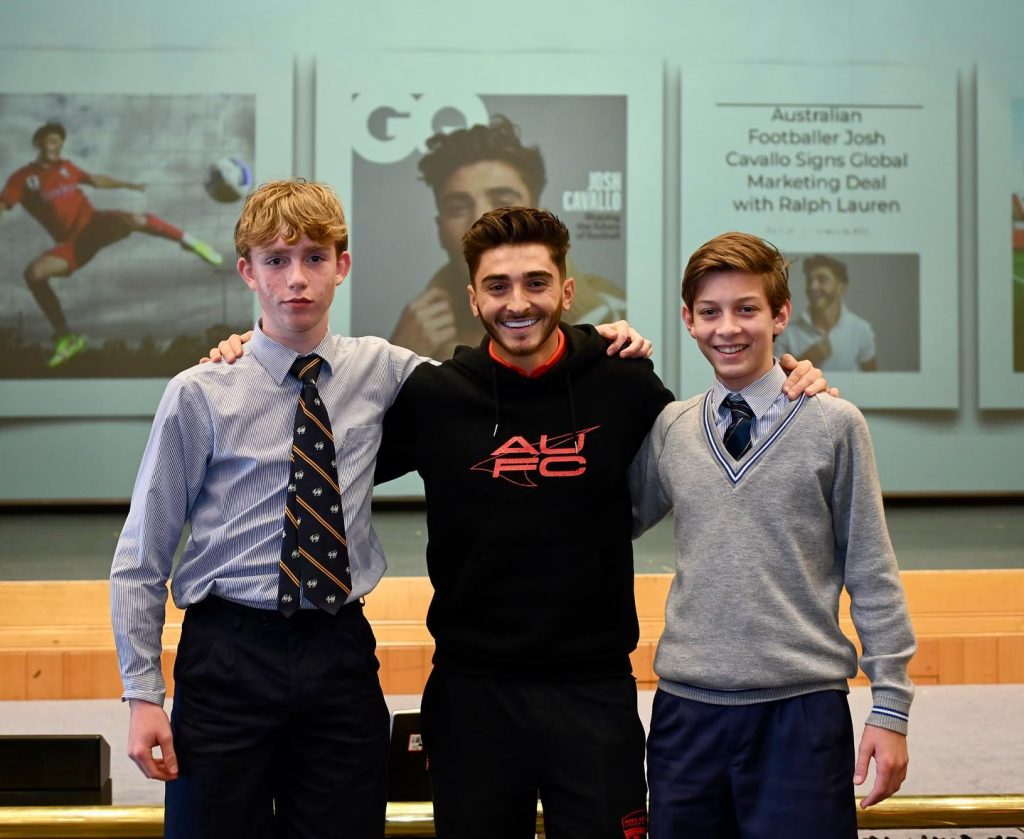 Niina Marni. The Year 7 Art students were most fortunate to have Trent Hill, an Aboriginal Storyteller and Educator, ...