On Friday 10 September the junior and senior students came together on the Lloyd Oval to play for the Annual Languages Soccer Cup. It was a glorious afternoon with German cakes and French drinks to enhance the experience for the spectators. As always, the atmosphere was electric, and many students could be seen waving flags and cheering on their peers.

The trophies were hotly contested between the languages. We had teams representing China, France, Germany and the United Nations (made up from students in Curriculum Support, EAL and Spanish.)

The opening match saw China take on France in a close contest, with France coming out on top thanks to an excellent goal from Josh Chitti.

The match was dominated by Germany, with two early goals to Reuben Foster and James Tolis giving them a 2-0 lead. Despite this, the United Nations fought hard until the end, finishing strongly with a goal to Oakley Stratton from a penalty.

Another match dominated by Germany, with the team scoring three unanswered goals against France. This match saw Germany and France put up their best and worst performances of the day, respectively.

China improved massively from their first-round defeat, beating the United Nations 3 goals to none. China had a very early goal from Oscar Wenk, before being gifted a penalty due to a UN handball, with China’s goalkeeper Will Colbourne taking the shot and narrowly missing. China finished the job with a further two goals, from Loyd Williams and Noah Ibrahim.

France finished their cup campaign strongly, with a 2 – 0 victory over the United Nations. Harrison Sheridan opened the scoring with the help of an exceptional cross from Zac Michaels, before Daniel Rocca sealed the deal with a late goal seconds before the final whistle.

Despite Germany once again dominating the possession in this match, some excellent efforts from China’s Will Colbourne in goals, along with the help of the defenders, prevented Germany from scoring. Despite the great efforts from defence, China were battling the wind and Germany’s own barricade of defenders, and ultimately were unable to score, with the match resulting in a draw.

The Junior Cup for 2021 was presented to Germany! Most valuable player went to Benji Richards for his skills in offence. In defence, Stellan Stolcman and Rueben Foster played noticeably well.

The Chinese Senior team started off the afternoon with a loss, but we knew that we had a lot more quality in us. The loss to Germany woke us up, securing a win against the UN. We figured out our teammates abilities and used different tactics to get the win. Wesley Johnson created many chances by kicking the ball down the pitch, resulting in the win against the UN. We tried it in our last match against the undefeated team, France, which we unfortunately lost. Despite losing to them, we performed well and had a good team spirit. Our teamwork was incredible, and we wouldn’t have been able to perform as well without all the players on the Chinese Senior Team.

Performance highlights in the Seniors were from Josh Bester (Year 11 HWK) with strong defence and Aidan Green (Year 10 FRR) scoring several goals. It was a unique experience for us as we had never played together before, so we needed to learn each other’s strengths and weaknesses quickly. Most of us were inexperienced playing soccer, but our determination and teamwork led to a strong performance and enjoyable games.

A successful day for France with wins all round! On a particularly warm and windy day, a cold and refreshing drink of Diablo Menthe, presented by the French Society stall, was greatly appreciated by many boys, especially the Senior French team who after a competitive final game against China came to win overall. Several goals were scored by Orlando Sagrillo-Yeaman & Marcus Sorvanis against the UN with a comfortable win in the first match.

Félicitations to France, our Senior victors for 2021!

Special thanks to the support team including Mr Inman, Mr French and the referees, to the grounds and languages staff, without whom this event could not have taken place. Also, thanks to staff who came out to support the event, including Mr Savage for the presentation of the trophies. Lastly, thanks to the students for playing magnificently and to the spectators for their encouragement. 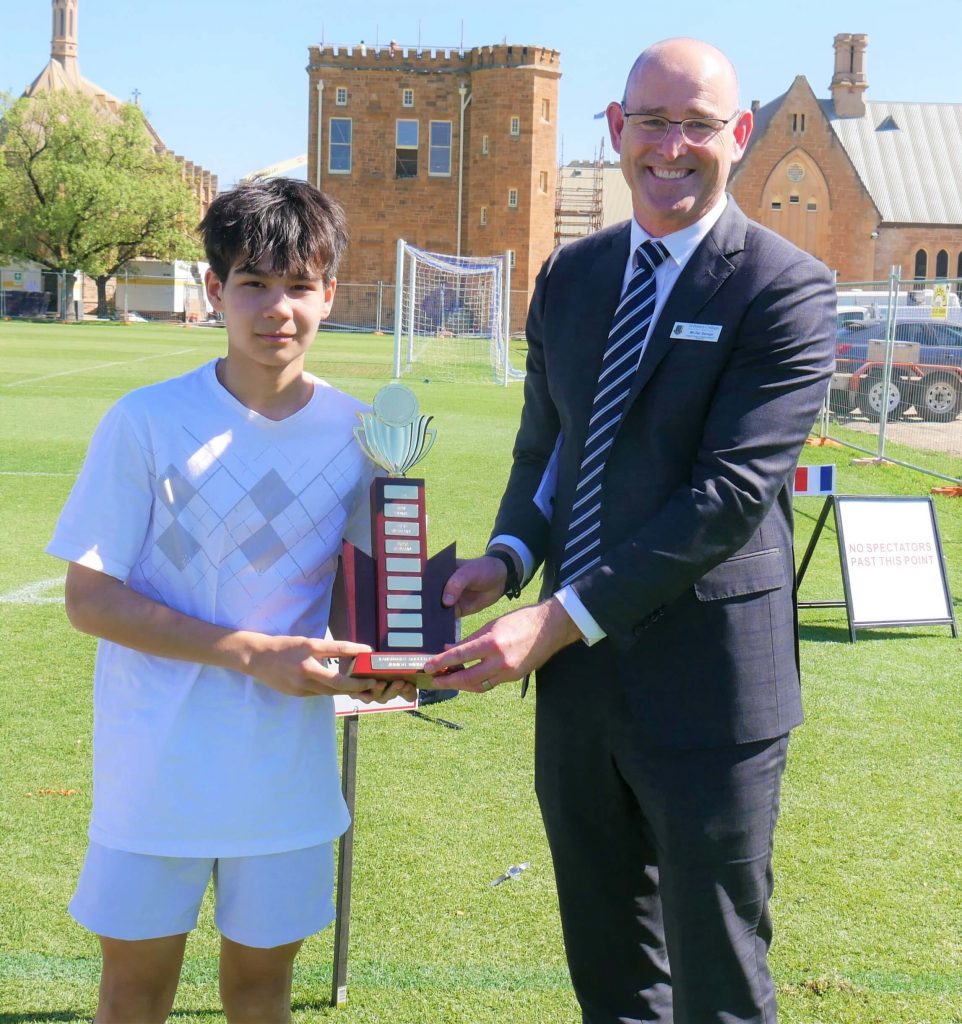 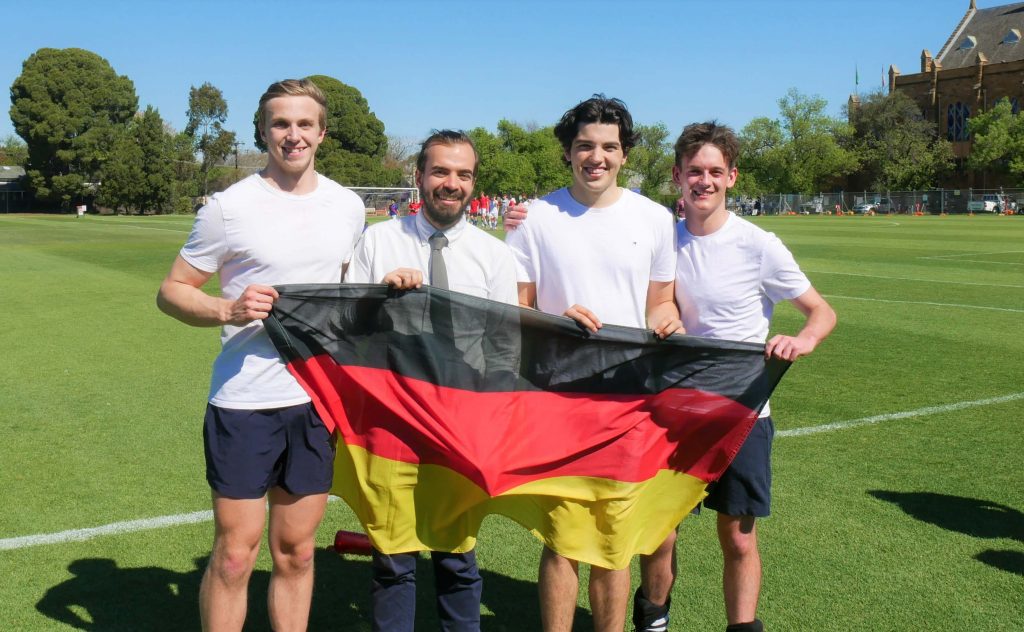 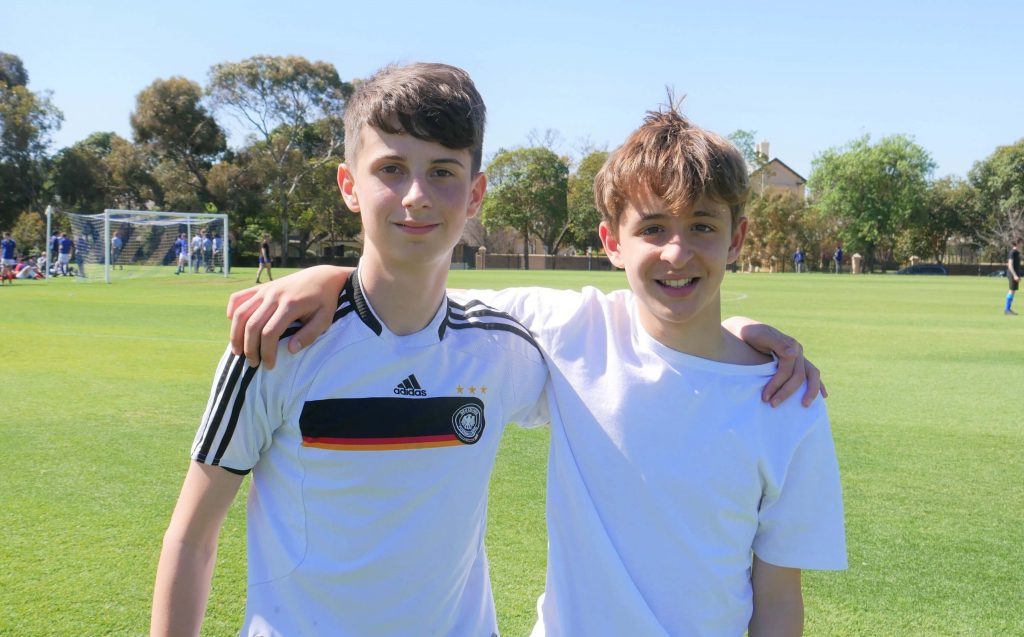 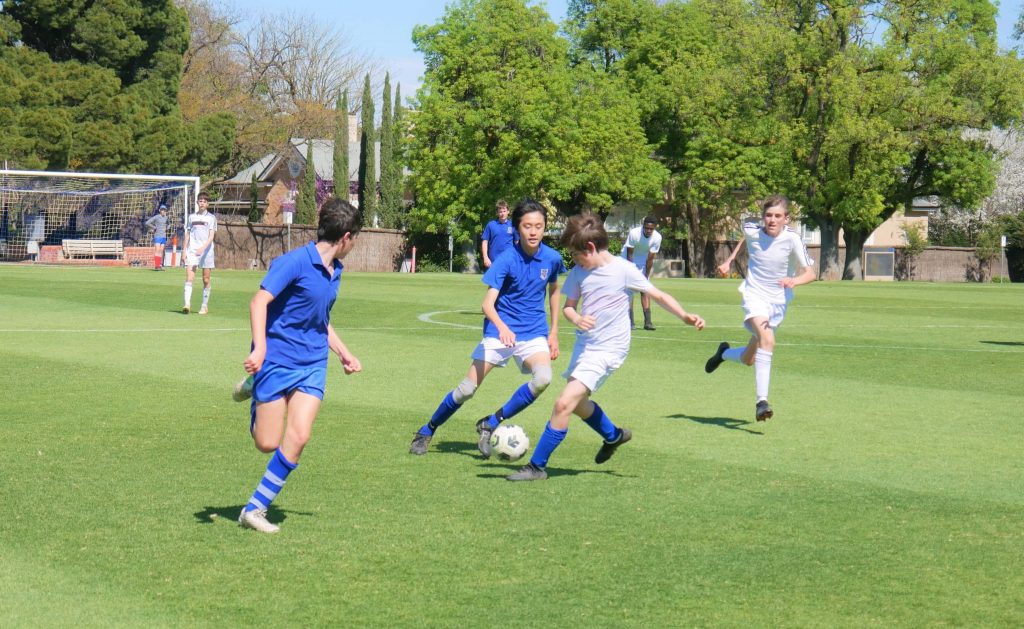 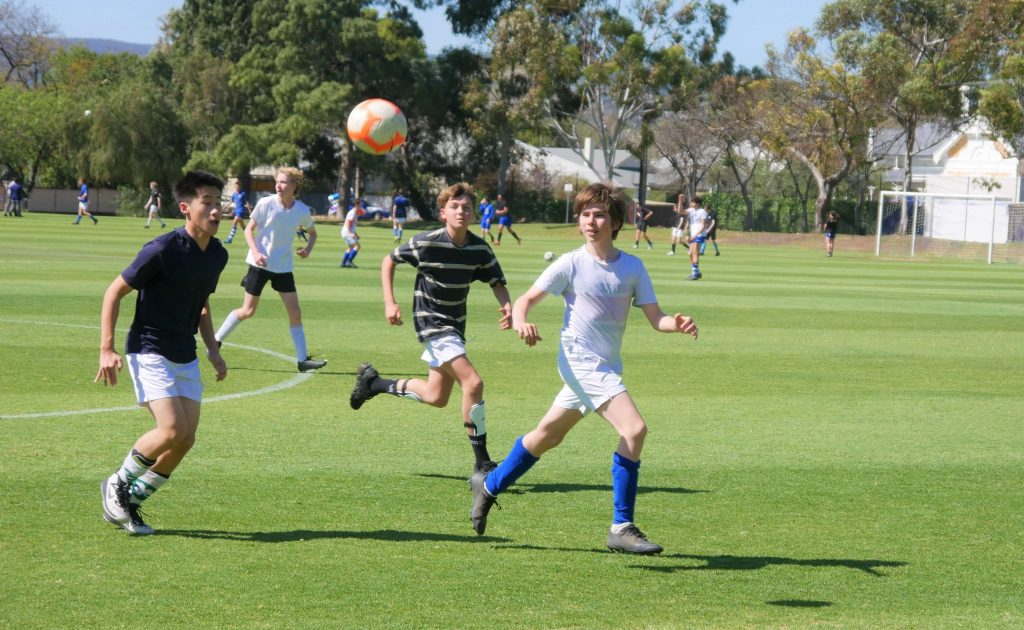 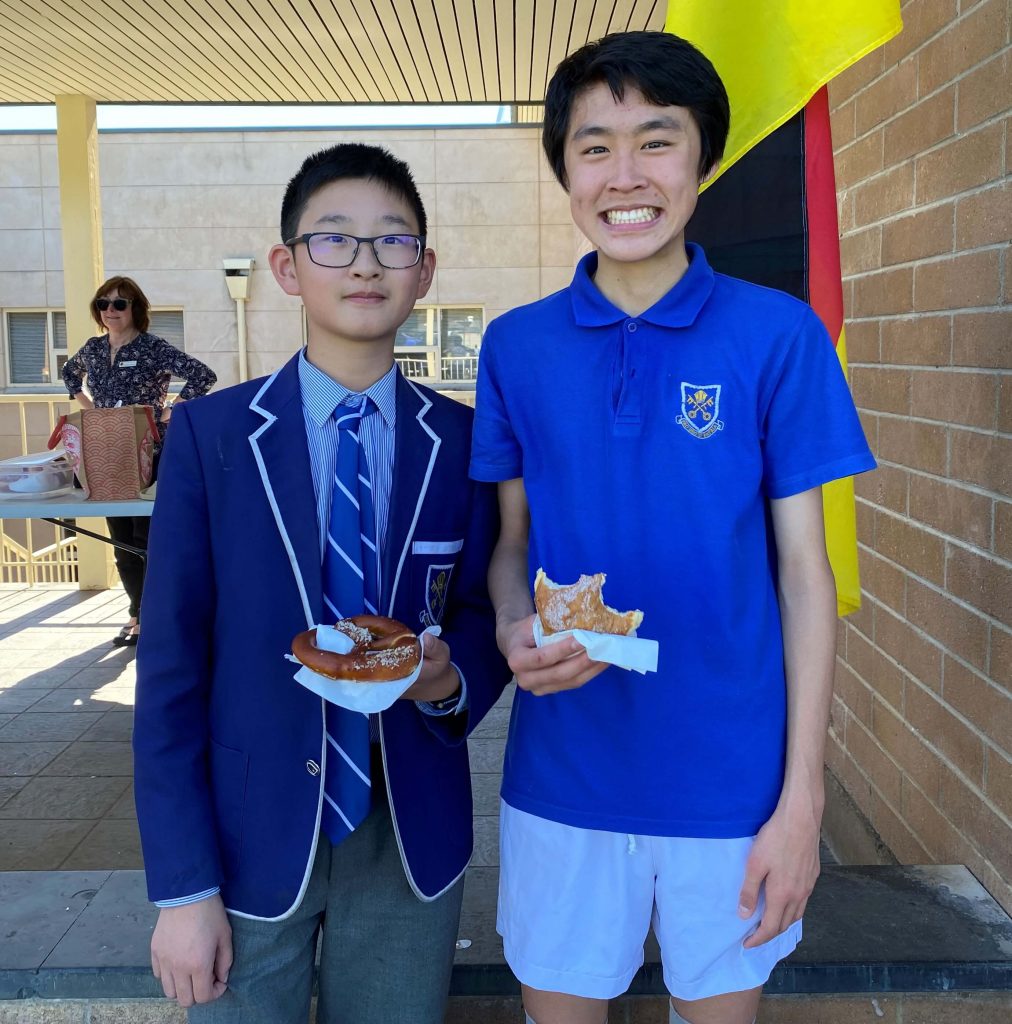 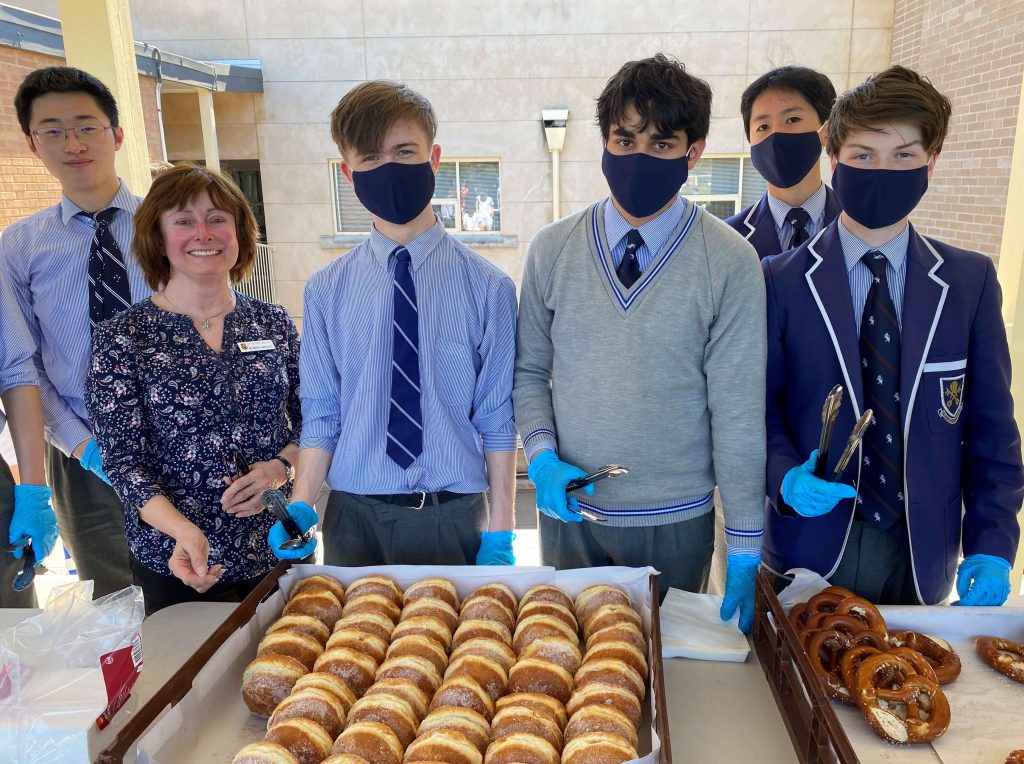 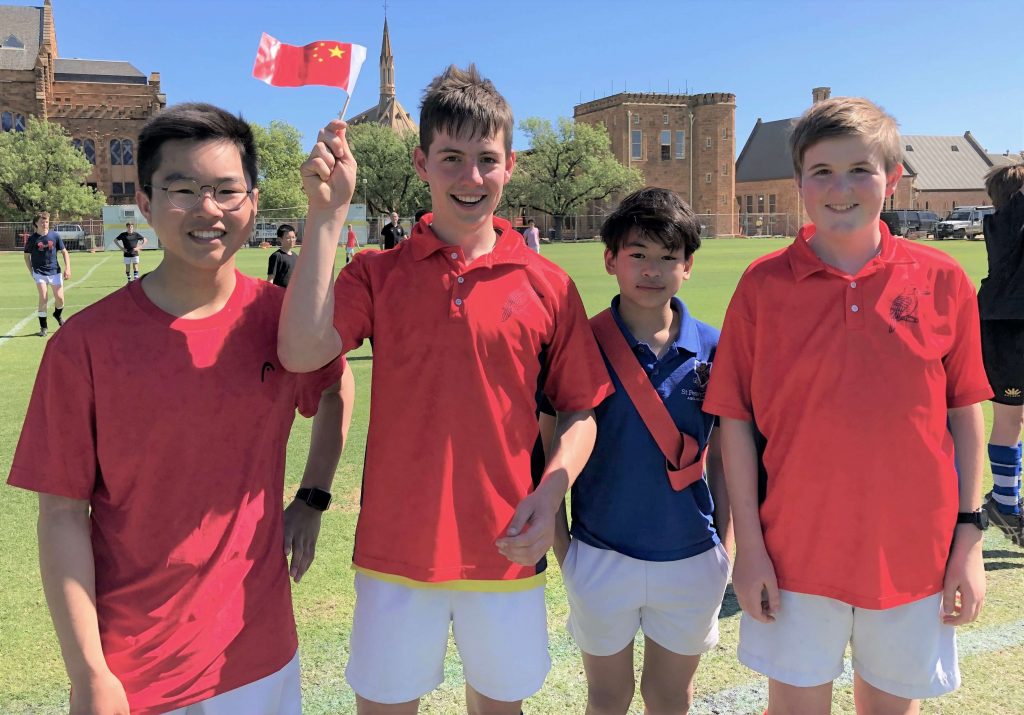