AFL Grand final weekend was a little different for many in our community this year, as they competed in the 36th annual 24-hour Australian Human Powered Vehicle Super Series held at the Murray Bridge Street circuit. After enduring a two-year hiatus due to COVID-19, most riders were viewing the track for the first time.

The Murray Bridge Street circuit is adjacent to the Murray River in Sturt Reserve with a Lap distance of 1.71km.

There were 136 teams entered in the race, comprising of both community and school teams. SPSC entered 4 teams (3 senior and 1 junior).

Leading into the event, the pressure was on Vector (senior car) as they were equal on points with their main rival ‘Centurian’ from Pembroke School. Ultimately, whichever team finished higher in this race would win the series overall. Both teams endured crashes and technical difficulties during the race resulting in multiple lead changes. Vector demonstrated amazing teamwork, resilience, and skill in clawing back a 6-lap deficit at 4am to take and maintain the lead at approximately 10am. The final two hours were thrilling as both cars were battling on the lead lap. Vector won the race by a margin of 1 lap after 24-hour of racing. To emphasise the high level these two teams were operating, ’Bunyip’ from Unity College were a further 47 laps behind in third place.

All boys are to be congratulated on their teamwork and resilience. It was an excellent weekend of racing and highly successful for the SPSC teams. 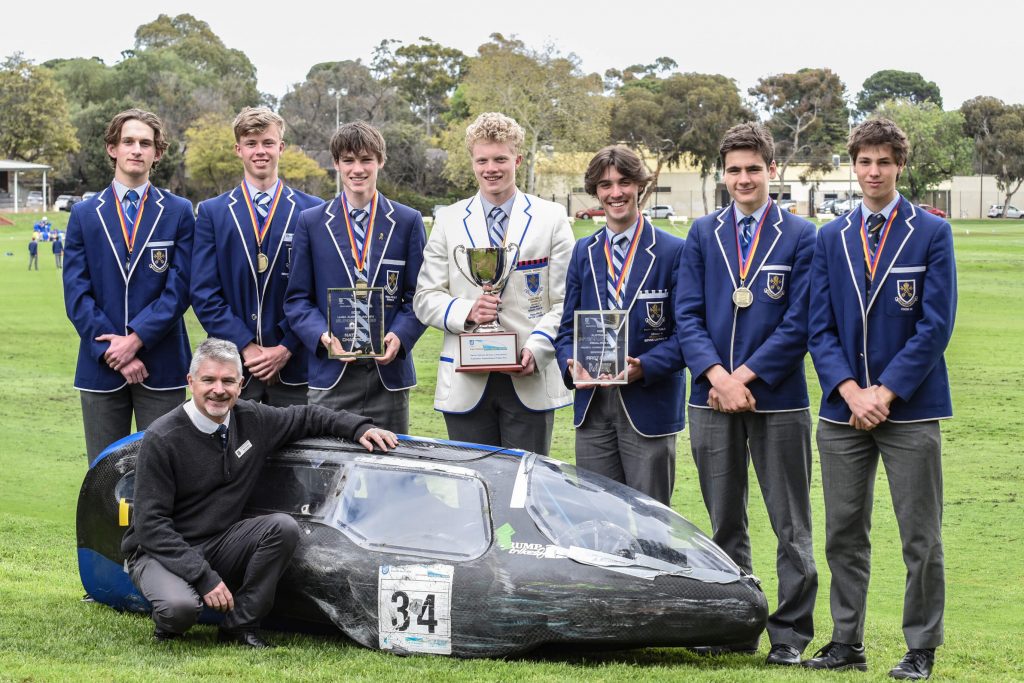 On Monday 21 November, we were delighted to welcome Adelaide United Soccer player, Josh Cavallo, as our guest speaker...