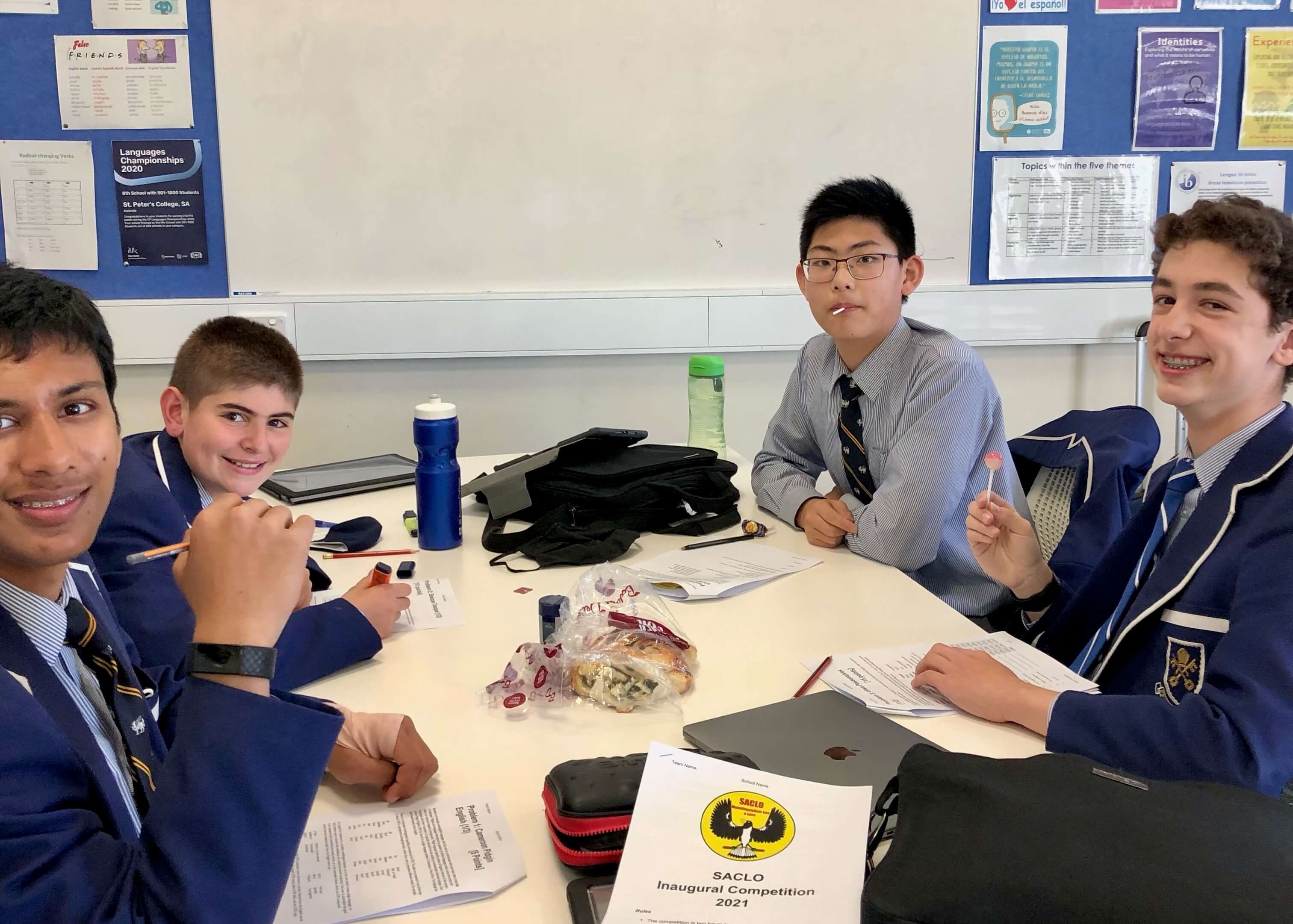 Language students from Years 7 to Year 9 have taken up the challenge to join the inaugural round of the SA Computational and Linguistics Olympiad (SACLO). The students committed to meeting once a week this term to prepare for the South Australian competition held on Friday 10 September. The contest encourages students to develop strategies in teams of four to solve problems about existing languages.  In the preparation phase the students learnt about Kiswahili, a language spoken by more than 50 million people in eastern Africa. They also became familiar with Kannada, one of the major languages of India, spoken by 25 million inhabitants.

Ten schools participated in the Olympiad over a two-hour period to solve four intriguing problems. The languages they were tasked with understanding were Cameroon Pidgin, Basque, Ulwa and Apinayé. It was a pleasure to witness our two teams named ‘The Hackney Heroes’ and ‘Hatswell Hype’ diligently work through the problems and they must be congratulated on their high level of focus and resilience for a Friday night activity!

In March of next year, the boys may progress to the OZCLO, the national competition! Anyone in Years 7 to 10 who can think outside of the box and enjoys cracking codes is invited to get involved in SACLO at SPSC. For more information contact rspiby@stpeters.sa.edu.au. 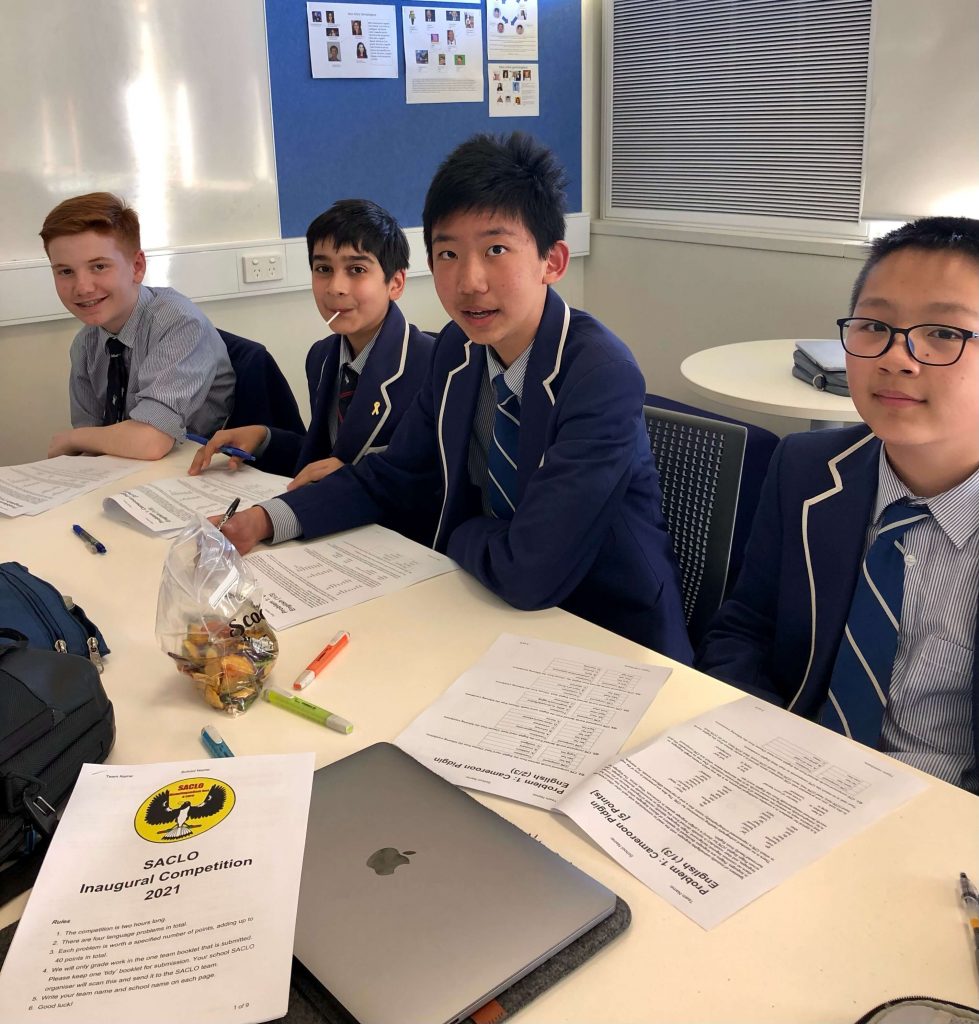 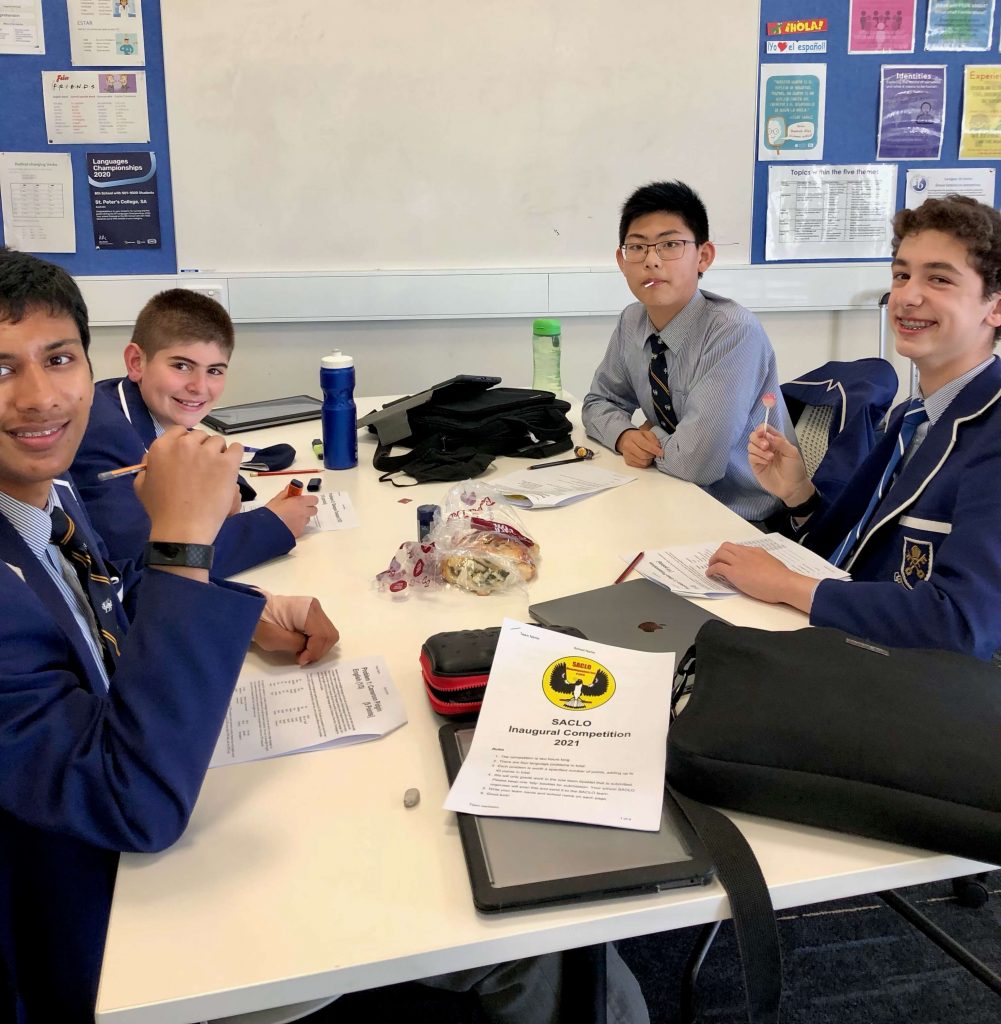