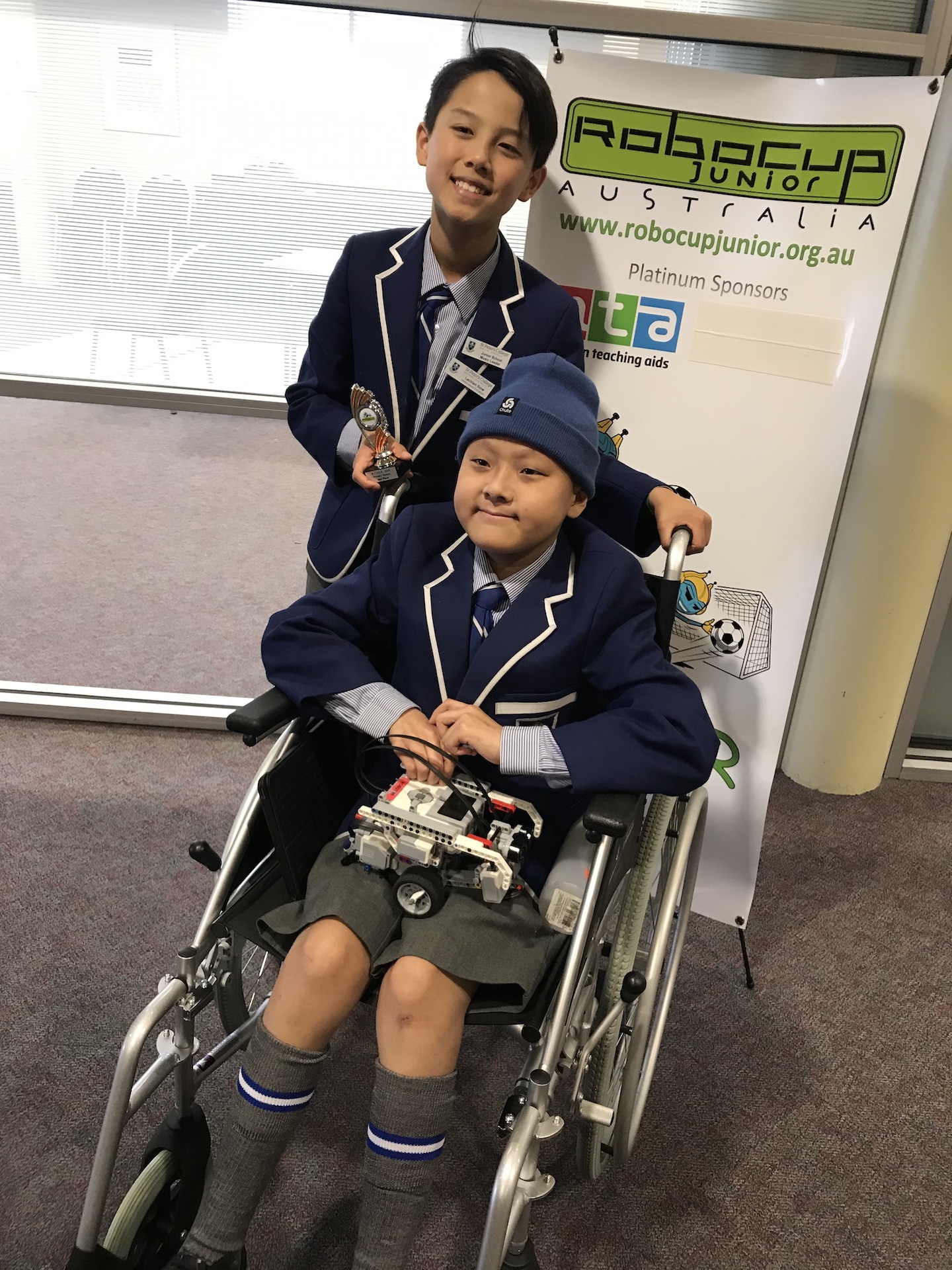 During Terms 1 and 2, twenty-six boys in Years 5 to 6 met once a week after school to develop their coding and construction skills using the Lego Mindstorms EV3 robots. Their task was to build an original robot that had light and sonic sensors so that it could find its way through a course by following a black line.

In Term 3, after an in-house competition, twelve boys were selected to enhance their skills and enter into the Robocup South Australia Junior Rescue Competition. They spent their first day of the mid-year break at a full day workshop at the Education Development Centre where they were led through a variety of coding situations by mentors from South Australia.

Following this, each team of two during the first four weeks of Term 3, consolidated their constructions and coding routines at school and at home to improve the success rate of their robots to navigate a variety of tiles.

At the competition recently, our six teams competed against each-other and 24 other teams during the first three rounds of the Junior Rescue competition. The three highest scored teams would then proceed to the final round after lunch.

This was our second experience in this competition and the level of accomplishment was much higher than in 2018. The competition was also more accomplished with 90% of all teams getting a perfect score in round one. In the first three hours the boys were frantically changing their code so that their robots would work under light conditions that were very different to those at school. It was heartening to see the boys persevere through all their difficulties to test their robot and code in each round. They all showed true grit and resilience.

We were delighted that we had one team compete in the finals with a second team missing out by mere points. Once the course was set up, the boys had barely a few minutes to make any quick changes to their coding before the finals started. After the three two-minute rounds, team Evaloc V2 ended up in second place: Lochie Siow (Year 6) and Evan Nguyen (Year 6).

Congratulations to all the Saints teams who participated, they all did an amazing job. Special mention to our only Year 5 team, Harry Hoadley (Year 5) and John McAuliffe (Year 5) who placed fourth overall.

From here, we have invited our four highest placed teams to compete in the National Junior Rescue in Melbourne in October. 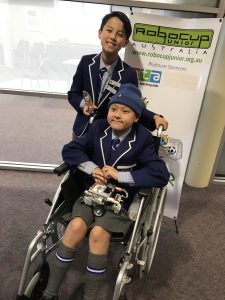 Risk Taking, Resilience and Respect  Over the past fortnight Years 3 and 4 students have ventured to the School’s Out...

For the first time, our Years 3 to 6 students contested Sports Day on the Caterer and Wilson ovals in the Senior Scho...

Every home class from ELC to Year 6 is lucky to have at least two wonderful parent volunteers: these are our Year Lev...