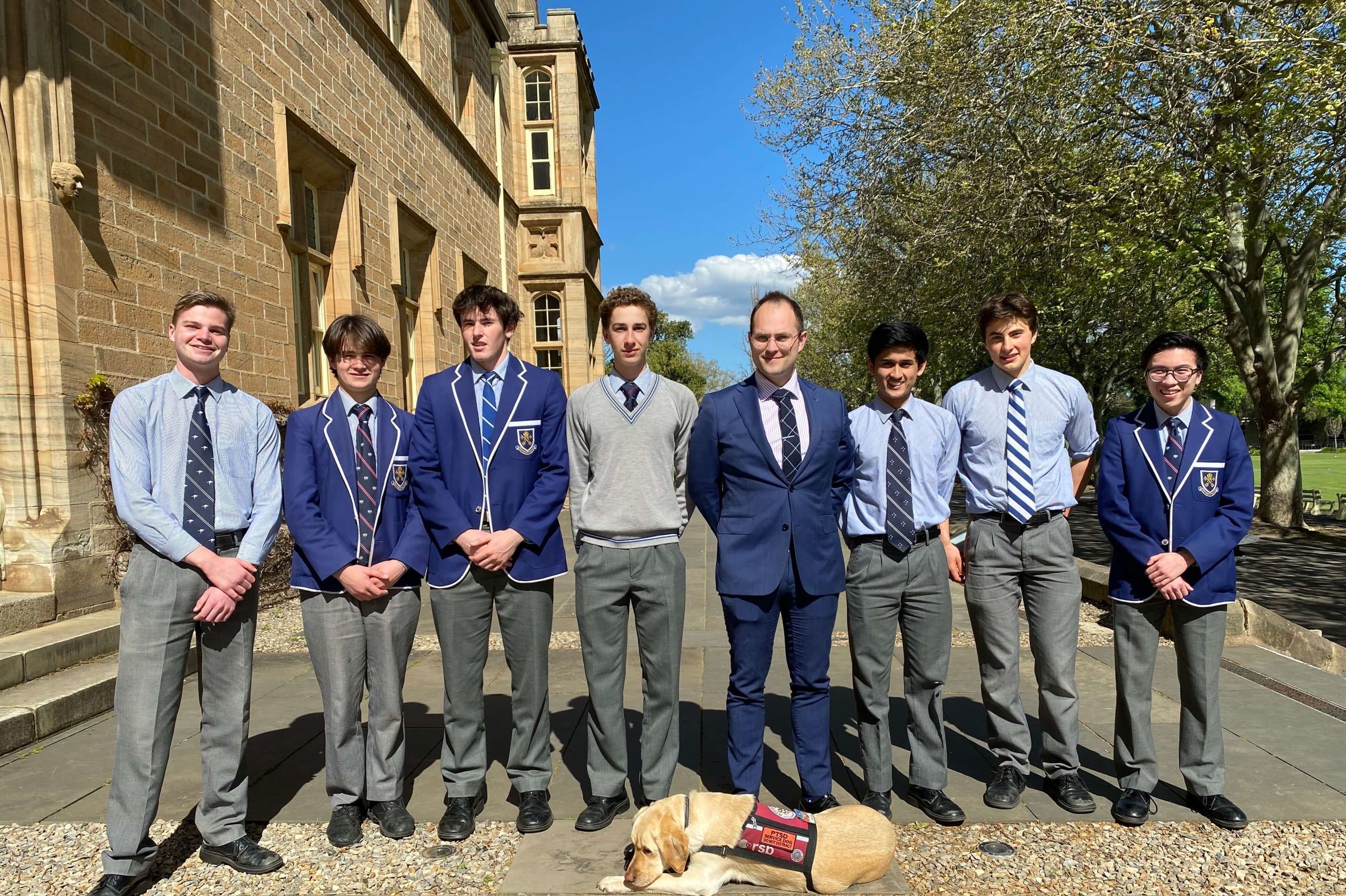 We enjoyed having Student Teacher Jordan Box and his assistance dog Sally this term at SPSC. Jordan is a veteran who was injured and developed Post-Traumatic Stress Disorder. Sally supports Jordan in helping to mitigate his symptoms. Sally has been well trained by the Royal Society for the Blind’s Operation K9 Program and has had extensive experience in school environments. During Jordan’s time at SPSC, the students and staff learnt a lot about service dogs and the rules of etiquette when in class and around the schoolyard.

As a token of Jordan’s appreciation of his time at the School, he presented Headmaster Tim Browning with a special collectible card which we will treasure. In the late 19th Century cigarette companies issued collectible cards and Jordan came across one from Australian Schools and Universities. He presented a silk printed version of the SPSC crest on one side and a short history on the other.

We thank Jordan and Sally for all they taught us during their time at SPSC and wish them all the very best in the future. 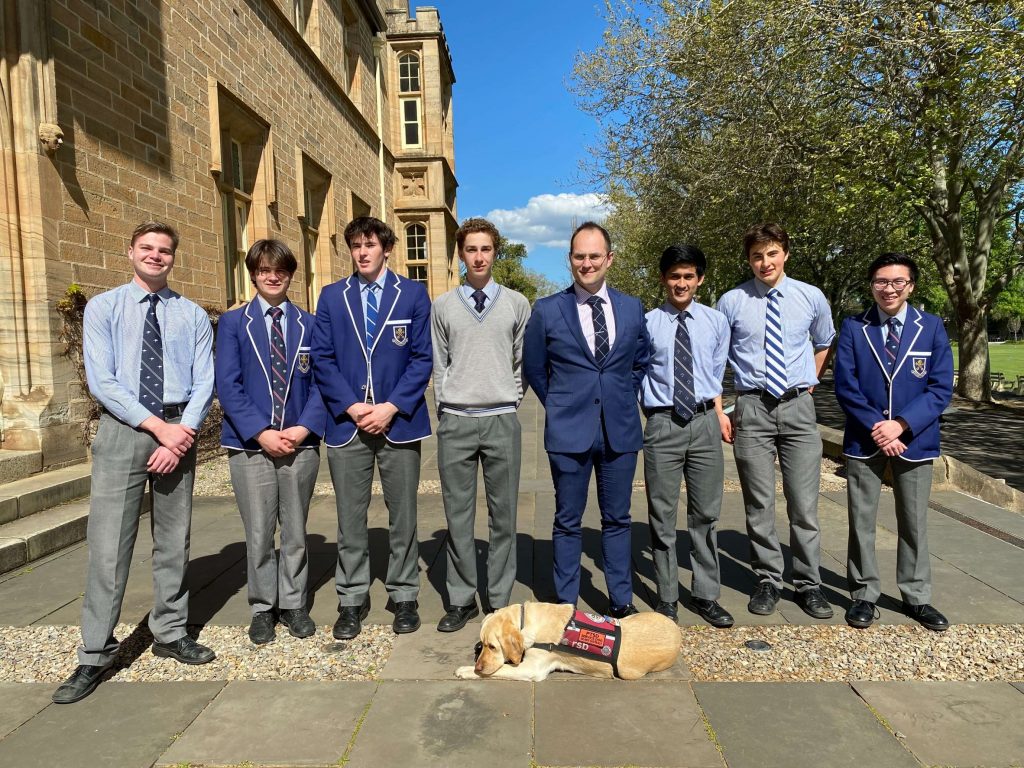