As a way to encourage design thinking and innovation, Middle Years students were invited to join ‘The Apprentice’ Program in Term 3. Eleven teams started the journey, and we are now down to the final few teams.

The first task was to make an advertisement for the “Widget”, which was any product or service they could imagine. All the Widget needed to do was to solve a current problem for consumers. A wide array of products was advertised including

The field was narrowed for the second task, where the teams had to produce a thirty-second elevator pitch on a new pizza flavour. Some of the options might not have been particularly tempting (banana, pringles, chocolate, marshmallows, icing sugar and even bacon and eggs!), but again the energy and enthusiasm was abundantly clear.

Again a few teams were eliminated and this week the remaining groups had to design a new SPSC School bag. They had to explain their idea and how it solved any problems of the existing design. Thank you to Mr Coventry, Mr De Lacy, Ms Wellington, Ms Christensen and Mrs Bruce for acting as the judges.

The Apprentice is now down to the last handful of teams who will compete early next term to be anointed as the very first SPSC Apprentice! 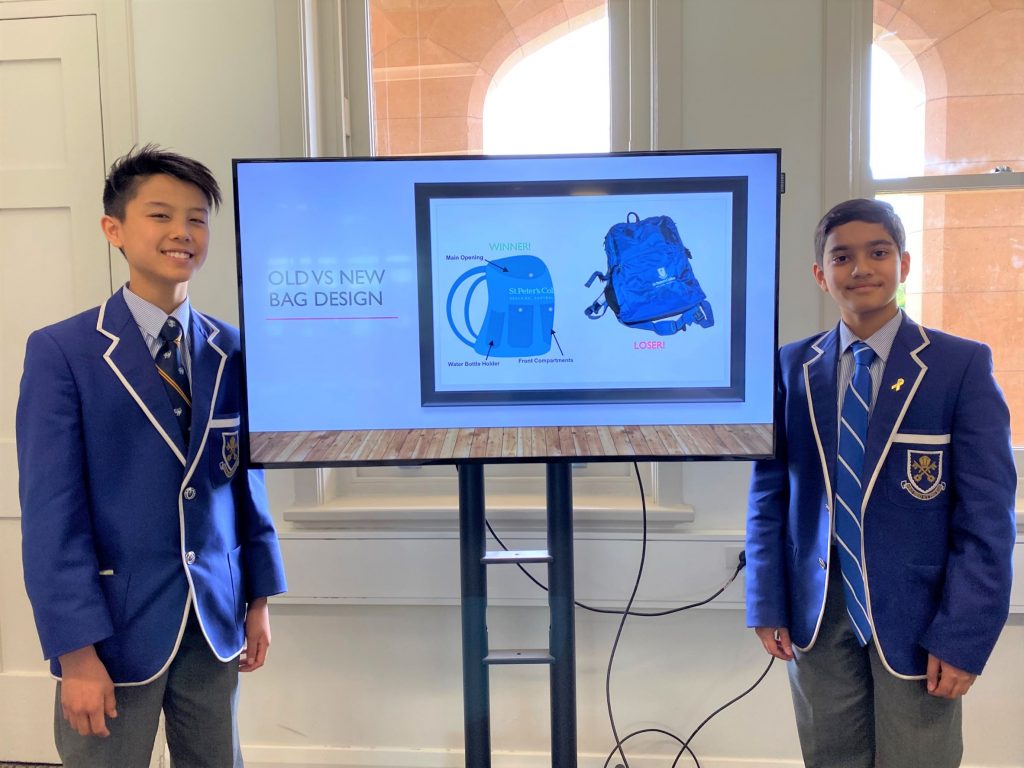