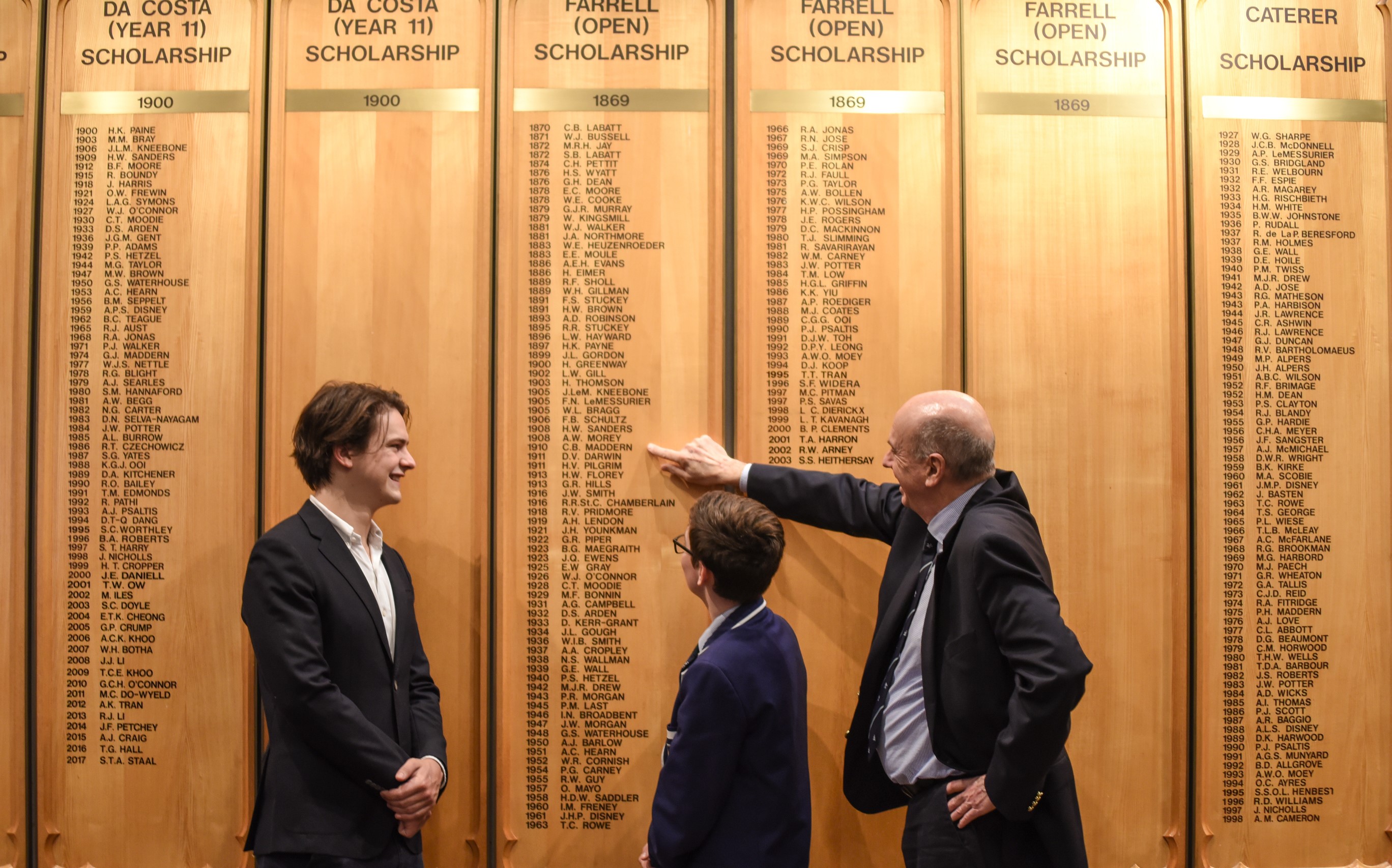 An Entrance Scholarship, awarded in 1908, changed the trajectory of five generations of the Maddern family.

Cecil Boase Maddern (old scholar 1908-1911) was born in August 1894. Raised by his father and five siblings after his mother’s death in 1905, he grew up in a housing trust home off Carrington Street, Adelaide.

A talented student, it is hard to imagine that as Cecil studied under the streetlamps outside his home, a St Peter’s College scholarship was about to change not only his life but that of future generations of his family. With his father unable to afford a private education and determined to create a better life for himself, Cecil sat the St Peter’s College entrance exam and gained entry to the School in 1908.

This opportunity had a profound impact on Cecil’s life and paved the way for future generations of his family. He excelled in his studies and in 1910, was recognised for his outstanding results as the recipient of the prestigious Farrell Open Scholarship. Cecil went on to study Dentistry at the University of Adelaide. He enlisted in the First Australian Imperial Force during WWI where he served as a sapper in the Signal Engineers in France before being transferred to the Dental Corps where he was promoted to Captain in 1918.

On return to South Australia, Cecil married Dorothea and went on to have a distinguished career, as a dental practitioner, educator and advocate for student welfare. He was highly revered within his profession and in 1950, was made a Life Member of the Australian Dental Association SA Branch in acknowledgement of his many years of service to the Branch, including five years as President.

His success enabled him to send his sons John Pearce (MAC 1942) and Cecil Pomeroy (MAC 1946) to St Peter’s College. John Maddern AM went on to become a prominent surgeon and Cecil Pomeroy Maddern followed his father’s footsteps into Dentistry. Five generations of the Maddern family have since benefited from a St Peter’s College education and gone on to achieve great success in their chosen fields.

Cecil passed away in May 1957, leaving an incredible legacy for his family. The Maddern family firmly believe that the trajectory of their lives would have been very different without the life changing opportunity granted to Cecil in 1908.

This year, St Peter’s College is committed to establishing a 175-Year Anniversary Scholarship that will provide opportunities for students who, similar to Cecil, wouldn’t otherwise be able to access a St Peter’s College education.

Please give generously on Giving Day | Thursday 17 June. Your gift, no matter how big or small, will positively impact lives for future generations.

Thank you and farewell

In the final edition of the newsletter for 2021, I acknowledge the contributions of all staff, particularly those who...

From the 2022 School Captains

Our Final Year at SPSC: The Sequel… Our names are Chirath Lekamge and Aidan Hughes, and we are the School Captains fo...

Thank you to our Director of Music Philip Walsh

Philip Walsh’s influence in the St Peter’s College community has been nothing short of extraordinary. Since joi...