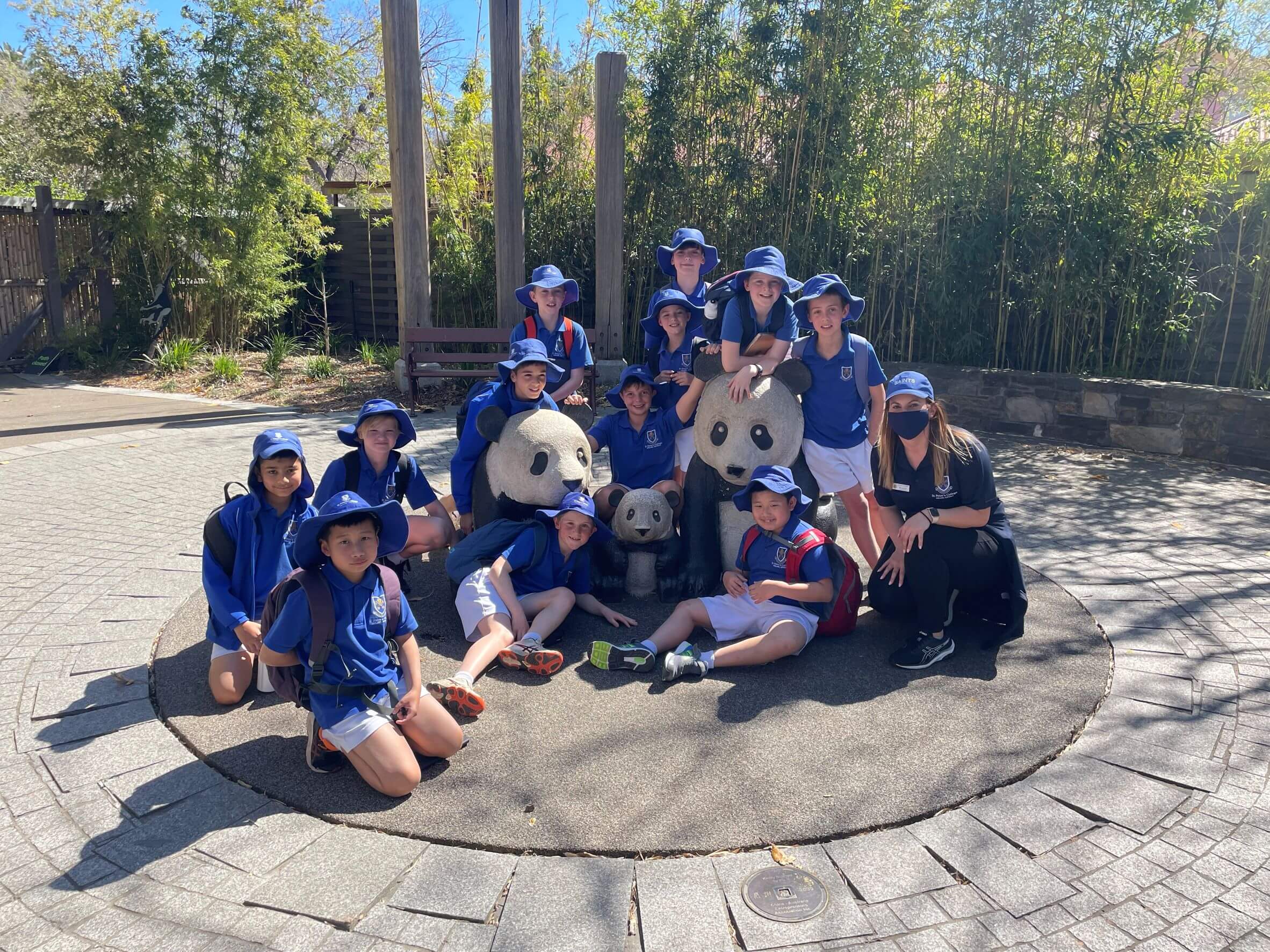 Each of Miss Zollo’s Year 5 students created a newsletter capturing the year’s wonderful array of learning opportunities as experienced by the student. Parents were delighted to receive their son’s newsletter in their inbox. Here are some excerpts of a few students below:

The Great Sports Day Run
I was ready, I was like a panther. I was going to run like I’ve never run before. It was Sports Day and I was really excited because there was a sausage sizzle. We did tug of war first, then we did high jump, long jump and lastly we did the 100m run. After the 100m, we had the sausage sizzle. I had four sausages with bread and tomato ketchup. When it was the end of lunchtime (sausage sizzle), we were watching the people who got into the finals for running. We were watching so much that I got a bit distracted by the Icy Poles that were being handed out. They were so mouth-watering.
-Amit Bhat (Year 5)

“Yum! Chinese class is the best!”
Delicious Chinese smells wafted from the cooking pot as eager children crowded around the steaming dessert. As the dessert was slowly lifted out of the cooking pot, the teacher was spooning out the white balls in sweet ginger soup. It was really delicious! Also, I tried this at home the following Sunday, only with a more delicious filling and coloured balls in cooler soup!
The white balls were commonly called tangyuan and it is one of my favourite Chinese dishes, narrowly trailing behind dumplings, Peking duck and a few other dishes. It was a lot of fun making and stuffing the balls so that they looked like spherical “Chinese” eggs! Overall, the lesson was a lot of fun and this was my first time doing this with some other students and helpful Chinese parents.
– Tao Wong (Year 5)

Minute to win it
One of my favourite events during the year was minute to win it finals. I liked cheering on my team while they were playing the games. There were games such as the cup stack, nut stacker and chopsticks. Although I only participated in the nut stacker, I enjoyed watching the others and cheering on Stokes Ware. We did not win unfortunately.
– Harrison McClurg (Year 5)

Animals everywhere
In Term 3, the Year 5 cohort went to the magnificent Adelaide Zoo. Monkeys swinging graciously on trees, slithering snakes scaring the heck out of people, penguins baking in the hot sun and cheeky goats chewing anything in their way. We went because we were learning about adaptations In Science. My favourite animal was the lion because it was ginormous.
– Charlie Johnson (Year 5)

The last fortnight’s events have been a tremendous culmination of what has been an extremely successful year. To thin...

On Wednesday 1 December the Years 3 to 6 Speech Day was held in Memorial Hall to recognise the achievements of our st...